Sometimes referred to as “The Poor Swiss Farmer’s Horse” the Grosser Schweizer Sennenhund would herd dairy cattle all day, transport milk to the market, then pull their master back home in the cart. Since their arrival in the Unite States, Swissies have continued this tradition. There are numerous photos of Swissies pulling carts and wagons, collectively called drafting, performing a multitude of tasks. From hauling produce and yarn materials on the family farm and in the suburbs to providing rides to small children in neighborhoods and parades. 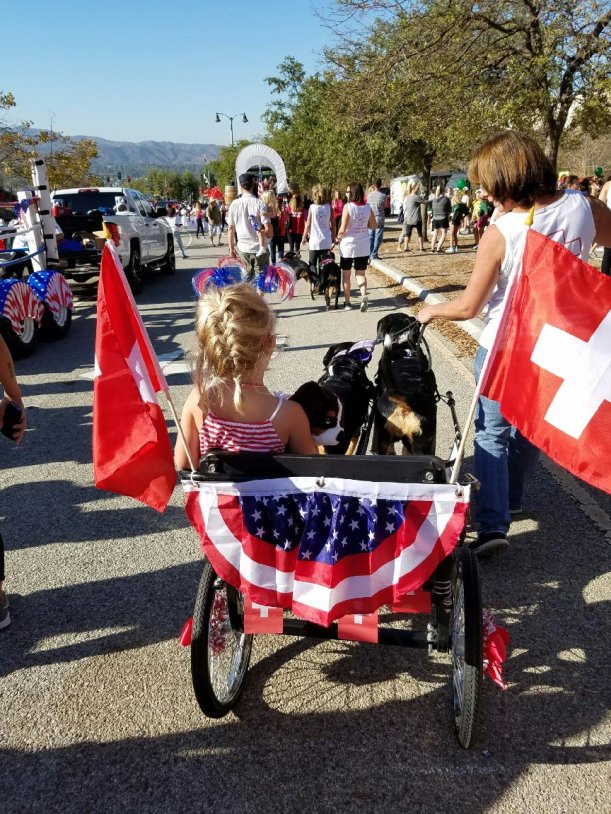 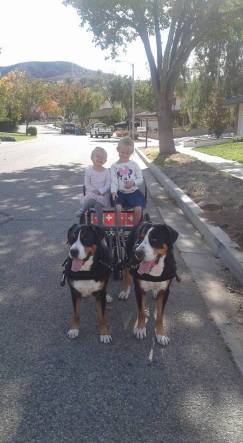 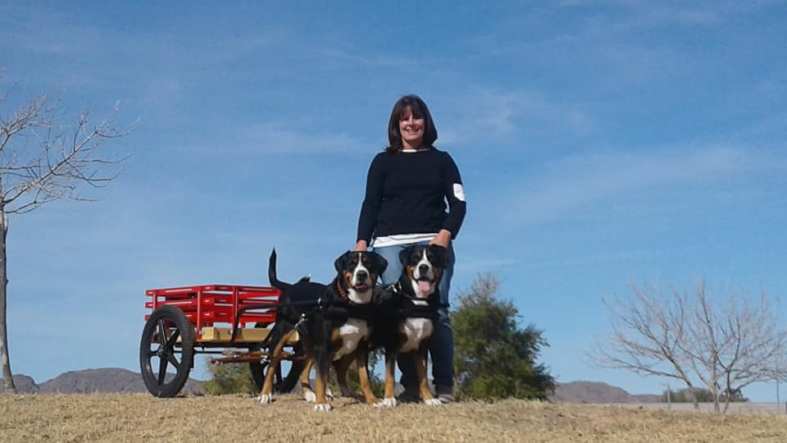